When people share the same passion as you, you want to know more about them. This is what ignited my interest in Sam Curry off of the current series of The Apprentice on BBC 1. His enthusiasm for words and language and the fact that we shared a first name lead me to believe that we should meet and that I should interview him.

I wanted to know about his view on the freedom of language; how he has used it in his new book and whether anyone on The Apprentice actually knew what Brett was talking about? 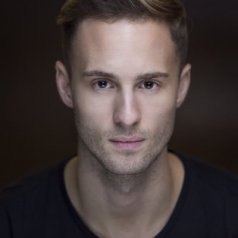 I met Sam in St Pauls. He was friendly and had a firm handshake – always a good trait in a business person. I also noticed that he had fantastic shoes on. A less prolific mark of good business sense but nevertheless, style speaks for itself.

I wanted to know who he was, in his own words.

“Most briefly I’m am an academic actor. My whole business life is surrounded by language. Both emotional language and intellectual language…

Also I think whilst I was at university, it was the study of drama and plays and communication between people in those plays and dramas that really interested me.”

Sam’s background in theatre and the arts had intrigued me. His passion for expression and language was evident so I wanted to get his take on something that the modern world has had to both defined and question – the freedom of speech.

“Freedom of speech as an innate right is important and I don’t think we should we should silence those opinion and views that we are afraid of….

“We need to be careful about not whose saying the things but who’s listening to them. And how they are being listened to…

“I think what can be dangerous is when inflammatory things are said, they can cause quite extreme reactions and those reactions can be as damaging as the statement in itself…

“I think we need to allow freedom of speech and people to express their ideas in an open environment.”

Examples of the importance of expression in an open environment are evident in the arts. However I was sitting across from someone who had taken his values of language into the corporate world. My question to Sam was whether “expression” had a place in business?

“No business succeeds without connections without contacting people and getting them on board with an idea and communicating with them. I mean just look at The Apprentice. All the tasks that fail, nearly all them are through miscommunication and a breakdown of teams cooperating…”

“Everything in life is built on relationships – whether that’s business relationships or personal relationships. And no one that gets far in business in my mind can do so without having some connection to some people….”

For people who have watched The Apprentice, we saw a plethora of different skills brought to the buffet. Arguably some people brought more than others to the table. But that is what has made the programme entertaining. Some people bring a whole picnic hamper of skills, others just bring some cheesy balls… I was keen to find out from Sam whether he thought any of the other candidates came equipped with the same skills in communication.

“I think Vana is good at communicating. I think the key thing about Vana is that she is a great listener, which I think is underestimated in communication…

“She’s very good at assimilating information as well. She takes everything on board and then comes up with solutions and plans how to do it. I think she’s a very remarkable person.” 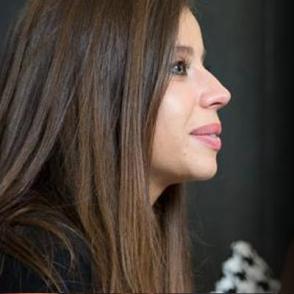 Another former candidate that Sam has forged a very close relationship with is Elle. Together they wrote the children’s book Snottydink during one of the tasks. They have since gone on to write another children’s story which is due for release before Christmas. But what did Sam learn from Snottydink?

“Do you know what I am glad about? I’m glad that I stuck to my guns in terms of taking time to really understand the story we were going for…

“Planning is the key to most tasks and had we not taken the time really work out our narrative and the words of the story, it would have been foolhardy to rush ahead and illustrations done and storyboarding done when we didn’t really know what was happening.”

“When we wrote this book that we’re about to release… It was actually a fairly relaxed process at the time. When you don’t have the fear of cameras hovering over your shoulder and Karen in the corner telling you that the Illustrator has been waiting for three hours, it’s a lot less stressful.” 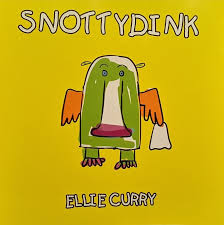 So there’s a funny thing about the way Brett speaks. In one sense, he uses a lot phrases and words that don’t really make sense in what he’s saying. But, on the other hand, he’s probably one of the most direct people. So there’s this wired duality of really saying what he means but saying it in a way that is not what he means at all. But you kind of look past all that and you’re like, I understand exactly what you’re trying to say to me, you’re just saying it in a really weird way.”

Sam has big plans for the new year. He has his tutoring business on the go, a children’s book due for release before Christmas and plans to write more. He’s even appearing in a play too. With such a hectic schedule, how would someone handle such a lot of priorities?

My friend gave me the analogy of a garden… with lots of different plants in. Sometimes your watering one and sometimes you’re watering the other but it doesn’t mean any of them stop growing.